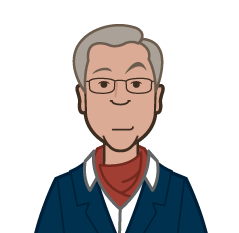 None. Ice cream is much too cold and sweet for his sour taste buds. Besides, ice cream is for snotty-nosed children who should be not seen and not heard anywhere near Reginald.

I love my cousin Reginald. And he loves me, although he'd never admit it. What a character Reggie is! (He hates when I call him Reggie.) He sounds like the biggest snob in the world (and he may just be) but I think it’s all just a show. Deep down he’s a teddy bear who cares for me, and especially for kids. He’d never admit it though.

He’ll tell you quickly that he is “the vastly superior oldest cousin to that frivolously silly American children’s poet, Ted Scheu.” I’ll agree with part of that—that he is vastly older. Like me, Reginald is also a big fan of William Shakespeare’s plays and poetry. About 30 years ago he moved northwest from London to the lovely town of Stratford-Upon-Avon—Shakespeare’s hometown—so he could be closer to the bard’s spirit.

Reginald is such a big fan of Monty Python’s Flying Circus, a famous English comedy team, that he officially changed his name from Reginald Scheu to what it is now—combining all the names of the Python guys. Now that’s what I call a fan!

Even though he’d never admit it, he’s also a big fan of my poetry and of children’s poetry in general. They have a lot of great poetry for kids in England. They publish more kids poetry and celebrate it more. Reginald (don’t ever call him Reg) also really loves kids, even though you’d never know it to speak to him.