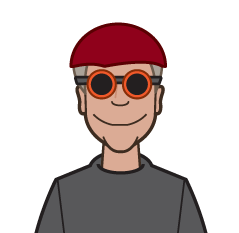 On Planet Gzork, 22 light years from earth in the Spasmodic Galaxy.

Everything! (They don’t have ice cream on Gzork.)

Dweedlezorp is amazing. I’m not sure, exactly, how he and I became cousins, but here’s what I recall. A few years ago he came to earth on a visit. He was touring our galaxy, looking for a beach to spend his vacation. Somehow he missed the turn for Florida and ended up in Vermont. When he heard me reciting some of my poems, and he just adopted me. Cool, eh ?

Dweedlezorp doesn’t share much about his planet, except that he doesn’t like the food on Gzork very much (compared to ours), and he has a special, custom-made, time-traveler Chevy Mach 45 space ship, so he can get home for a boring dinner (22 light years away) in just 4 earth minutes. Not bad, if you ask me.

As you know from listening to him on the Poem of the Day, he’s a very enthusiastic presenter (and obviously a big fan) of poetry. I especially love Dweedlezorp’s very own rhyming poems that he loves to excitedly share in his native language, Gzorkian. So, even though I don’t understand what he is saying, I still enjoy the music of his words. Don’t you ?

He’s trying hard to learn English, and he promises to teach me some Gzorkian.

All I know so far is how to say “hello”